X40+/50+, at the forefront of fertilization!
Take a look at the range

Supporting you from sowing to fertilization

SULKY offers a wide range of soil tillage implements from tine combines to power harrows. Their robustness, ease of use and performance will satisfy you.

Your crop yields are set from the moment you sow.

Precise seed placement ensures regular emergence and rapid growth of your crops. The high planting efficiency and easy-to-use adjustment of our seed drills enable you to control your sowing operations perfectly.

The profitability of your crops is determined by the fertilization process. By using inputs more accurately, you can aim for higher yields and better quality crops.

Sulky, internationally present with dealerships close to you

Throughout France and the world, our network of expert dealers provide you with advice and personalised services to make the most of Sulky machines. Wherever you are, a Sulky dealer will help you find what you are looking for.

All our departments are dedicated to your success.

Sulky places a particular importance on guaranteeing quality customer service, from ordering to using the machine in the field and supplying spare parts.
Our technicians and trainers work hand in hand with our dealers to provide you with the best customer service on a daily basis.

Pride in the Sulky Brand

At SULKY, the values of listening, commitment and trust are the foundation of our Customer Relationship. For three generations, these values have guided our choices and decisions.

You are at the heart of our concerns when we design machines, because we share your pride in your work. With this in mind, we have developed our new products to ensure your profitability and satisfaction.
You can count on our commitment and dedication, working with you to restore true farming values.

Two and a half years ago, Sulky and Jacto joined forces in a strategic partnership by transferring technology for solid and lime fertilizer spreaders. The rapidly expanding Brazilian market, which is expected to double in the next 15 years, prompted Jacto and Sulky to join forces in September 2016. The progress made since then, along […] 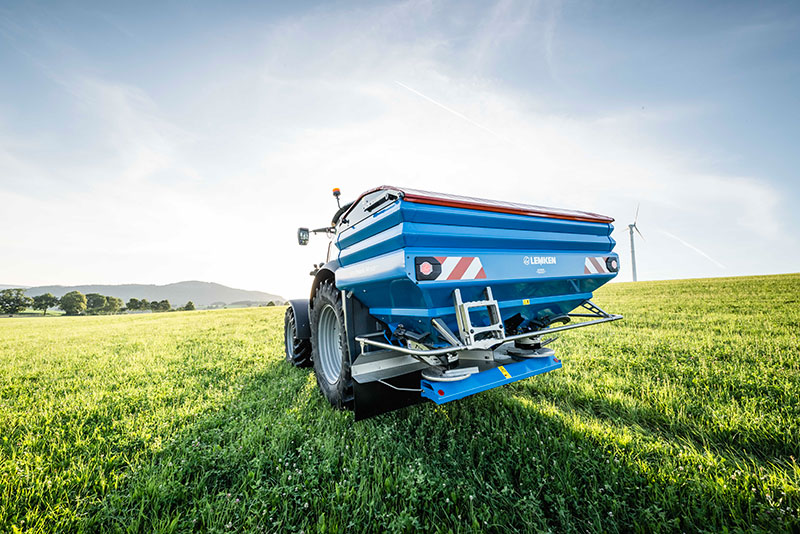 LEMKEN TO SELL SULKY SPREADERS UNDER ITS COLORS

Nicola LEMKEN and Julien BUREL are delighted to announce their partnership for commercialisation of SULKY fertilizer spreaders under LEMKEN colours, starting in November 2019. The agreement stands for a specific zone in Europe so far: LEMKEN dealers will propose spreaders in Germany, Austria, Switzerland, Belgium, Luxembourg, Netherland, Ireland, UK and Poland. Nevertheless, SULKY will […]

Do you have a question? A project?

Contact our product experts
Select a country
Choose the media you want :

DPX 05
DPX PRIMA
DPX 70 ans
DPX EXPERT 12-36 m
DPX MAGNUM 36-44 m
DPX MAGNUM GLX 12-36 m
A sulky expert will call you back as soon as possible to discuss your needs and answer your questions
Job
Your need
In order to better respond to you, please specify your need :

* Required fields
Thank you for your interest in our products.

Sulky customer service
By continuing to browse this site, you agree to the use of cookies to generate visit statistics. For more information     Ok
Choose the media you want :